While creating a perch for our parrot, I stumbled upon something non trivial : if you want to assemble a box with non vertical sides, what cut angle are you supposed to use to have a nice assembly ? It’s obvious that it should be a trapeze, but what would be the α angle ?

Supposing that we have an angle β with vertical (meaning a standard box has β=0), this means

as OA = OA’, we have trivially

If you need to be convinced, the animation above is done with β=30°. It’s been realized with pov and the code can be found on my POV repository on bitbucket.

And by the way, why did I need that ? Just to make it real : 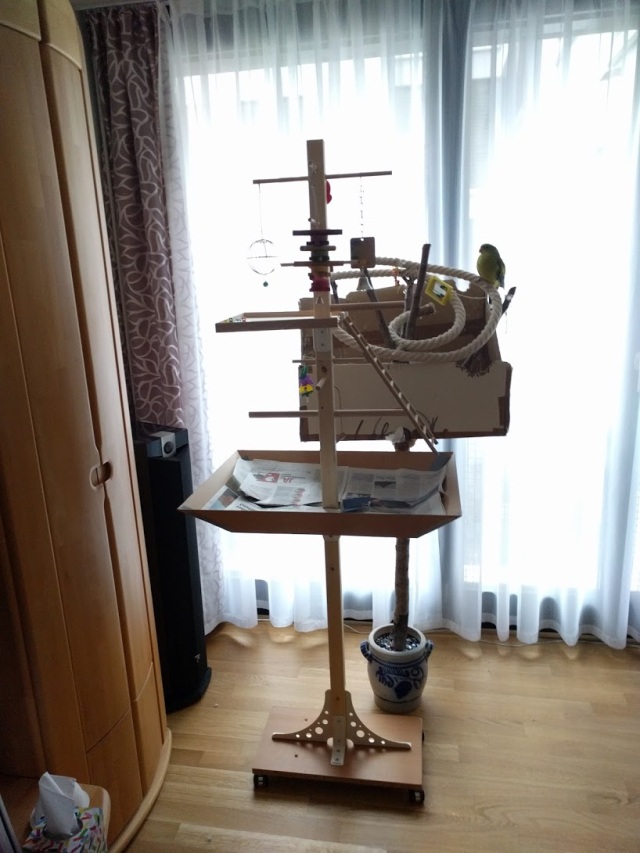